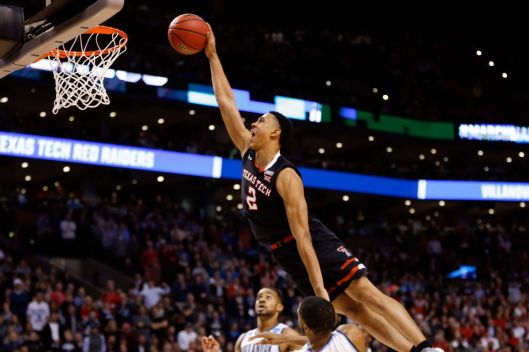 Zhaire Smith is one of the most unique prospects in the draft. He came out of nowhere to perform as one of the best freshmen in the NCAA in spite of being a 3* recruit. Let’s dive into his profile to estimate what to expect from him as a pro.

In spite of his 6’4″ height, he played like a power forward, using his nuclear athleticism to finish powerful dunks on cuts and putbacks. He also showcased his defensive potential by leading the #4 NCAA defense in both steals and blocks, and showed solid instincts for a young athletic freak.

He is limited offensively, as his shot and handle are a work in progress. But his 1.8 assists vs 1.1 turnovers indicates good feel for the game. While he has a slow release on his shot, his form is good and his 72% FT conveys decent shooting potential for an 18 year old.

The main concern is that he is a 6’4″ guard who showed limited ability to handle and create his own shot, and teams will be afraid of using a high lottery pick on his archetype.

Here are the recent prospects who have the most similar dimensions, athleticism, and NCAA statistical production to Zhaire.

There’s a case to be made that Zhaire has the best physical profile of the bunch. He’s in the same tier of athleticism as Westbrook and LaVine but with better size. And the > 200 pound guys are all ~2 years older, he will likely weigh a similar amount by then and is likely more athletic than any of them.

Granted, athleticism is tricky to measure. There is no numerical way to pin it down, and it comes in various forms– first step, one foot leaping, two foot leaping, quickness, body control, etc. But to my eye Zhaire has special athleticism for two reasons

The linked highlights are of impossible dunks that I cannot recall another player approximating. Zhaire has an uncanny ability to get way up while controlling his body to be able to smoothly finish from awkward positions.

But He Can’t Dribble! 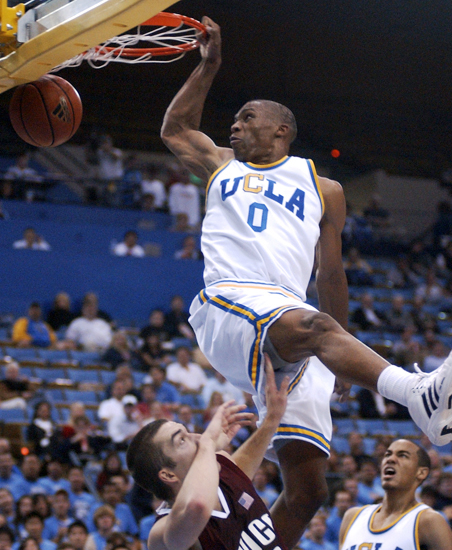 To demonstrate how his handling ability compares to other players at the same age, I combined synergy iso and PnR handler stats into possessions used per 40 minutes and points per possession. And for a frame of reference, I threw in 2017’s elite scoring prospects to show how much top lead guard prospects normally produce as NCAA freshmen (and young sophomore Westbrook):

Zhaire has the lowest volume of this group and lower efficiency than everybody but LaVine and Shumpert. But his physical comps were all in the same tier of non-scorer at the same age, as you can see relative to the actual scoring prospects who crush the raw athlete wings in both volume and efficiency.

Beyond the numbers, DraftExpress expressed doubt about the limited ball handling of both Victor Oladipo and Russell Westbrook.

The point is clear– a limited handle at a young age does not limit NBA scoring upside for a nuclear athlete with good basketball IQ and combo guard dimensions.

Zhaire is slightly behind his peers at this stage, but he is nevertheless showed flashes of impressive creation ability and easily roasted Mo Bamba twice. Perhaps he does not share the same creation success as the aforementioned comps, but he has enough baseline ability to build on.

So How Good Will Zhaire Be?

It is important to note that I did not try to cherrypick the most successful NBA players for this comparison. Shumpert and LaVine were my best attempts at comps that did not wildly succeed as pros, and they are both above median mid-1st round picks. And LaVine was clearly well below the group statistically as an NCAA player.

The only catch is that Zhaire is stylistically different than these comps. He was the tallest player on his high school team and often played center, which explains why he slid through the cracks as a recruit. This reflects in his Texas Tech performance where he played more like a garbageman PF than a guard.

Zhaire is statistically most similar to a pair of 4″ taller players: freshman Otto Porter and junior Jimmy Butler. Per 100 possession stats:

The similarities are uncanny as the offensive output is nearly identical. Jimmy did a bit more than the other two being older, but it worth noting I chose his best NCAA season as he slightly regressed as a senior.

Efficiency translates well to the NBA when it comes with the necessary physical tools to succeed. Even though Zhaire is 4″ shorter, his athleticism, length, and strength should make up for it.

Zhaire is a weird prospect. He plays like a hybrid of Otto Porter and Jimmy Butler in Russell Westbrook’s body. I am not sure what that will amount to in the NBA, but I would bet it is good and it might be really awesome.

Of course this is looking at him through a rose colored lens that assumes he will develop reasonably well. If his shot, handle, and defensive instincts do not develop well, he could be an awkward role player who is not particularly useful. But the same can be said for any prospect who isn’t a #1 overall candidate.

History tells when things go well for nuclear athletes, they tend to go extremely well. Zhaire already made teams pay for sleeping on him as a recruit, now the same may happen in the draft as ESPN currently projects him to go 16th overall. I rate him as an obvious top 10 prospect in the draft with a strong case for top 5.