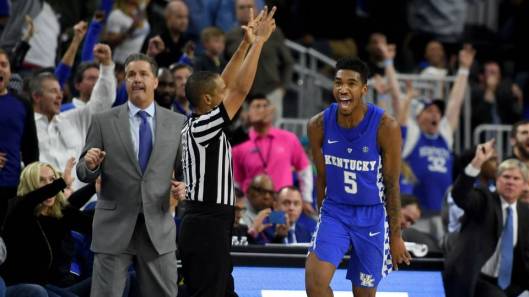 For every incoming freshman class, it is fun to make predictions based on the biases of traditional scouts. Malik Monk’s scouting report was that he was an athletic scorer who did not play defense and took poor shots. Scouts highly value athleticism and scoring and are willing to overlook poor defense and basketball IQ in prospects that have both strengths. Given that Monk was only rated #9 RSCI, he seemed like a strong candidate to bust. After all, he had a similar profile to Malik Newman who was similarly rated and completely flopped last year.

But this year’s class apparently only includes good prospects, and Monk has led Kentucky to a great start with his surprisingly efficient scoring. Basketball twitter is still abound with skeptics of his NBA upside, as his lack of size, point guard skills, ability to get to the rim, and defense seemingly preclude him from becoming an NBA star. After all– how valuable is elite athleticism if it does not lead to good defense or slashing ability?

The common comparison for Monk is JR Smith as a player who is mostly a floor spacer in spite of his great athleticism, as he lacks the ball skills and smarts to capitalize on his physical ability. I was initially on board, as they share similar strengths and limitations and it overall felt reasonable.

But Monk kept making shots and Kentucky kept playing well. When outcomes badly fail to align with a prediction, there is often an outlier force that my initial prediction underrated. Intuitively it felt wrong to continue to fade Monk, and that more attention should be given to what he can do rather than what he cannot do.

There are a few reasons– first his NCAA sample is small against many weak teams, and it he may not continue to shoot fireballs against superior competition. He heavily relies on transition scoring, and those opportunities wane as competition levels increase. But then you compare his freshman statistics per 100 possessions to those of another common comp: JJ Redick:

They are strikingly similar. The main difference is that Monk has more blocks due to his greater athleticism, but Redick used his smarts to keep pace on steals and both players are allergic to rebounds. Now shooting and scoring:

Redick has the better FT% and surprisingly FT rate. But Monk has a slightly higher 3PA rate, and then there is the glaring advantage in 2 point volume and efficiency. This is especially impressive in tandem with Monk’s turnover rate.

Yes, much of that goodness will wane as he translates to NBA competition, but there is a whole lot of goodness there, and it will not go away altogether.

For starters, Monk will be one of the best transition scorers in the NBA. He will not be able to solely depend on this, but his athleticism, instincts, and shot making mean that he will be as productive as anybody in the league and this will pad his overall efficiency. This may in part explain his low defensive rebound rate, as he is likely leaking out a ton, so it comes at a cost. But it is nevertheless a feature that should not be ignored. 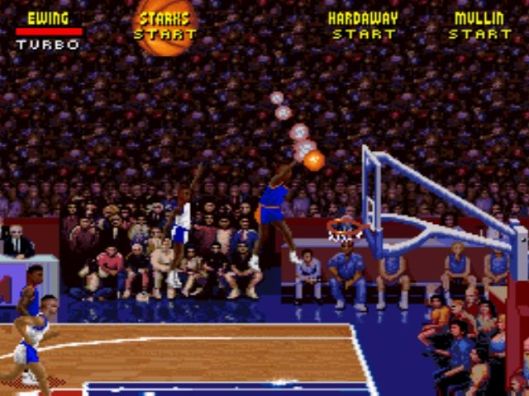 The interesting part is that Monk may become the 2nd best pull up jump shooter in NBA history behind Steph Curry. His synergy shooting splits are a wonderland (C&S = catch and shoot):

He is fireballs from everywhere, except unguarded catch and shoot jumpers where he is merely average on a smaller sample.

Some of the difficult shot making is not sustainable, but even with a fair bit of regression he is still clearly special talent. The percentile ranks are in comparison to players with a lower volume of attempts on average, and there is no precedent of such a young player playing such an inefficient style with such an efficient outcome.

Meanwhile, coach Cal says: “I’m trying to say get to the foul line. Go to the line more, don’t just shoot all perimeter jumpers. He’s such a great athlete and he’s so good with the ball, why settle? I know it’s easier and he goes on a run of making 7 in a row, but they can’t guard him when he goes to the basket.”

Calipari also wanted Monk to drive it down 2 with 20 seconds left, but fortunately his player was smart enough to shoot a 3 that went in to give Kentucky the lead and eventual victory. His coach is somehow completely ignorant of his player’s strengths and optimal usage, which only makes it more exciting to imagine Monk in the hands of a good NBA coach.

But Can He Create?

Monk cannot create offense by slashing to the rim like most guards, but he can create it by converting shots that are inefficient for mortal guards. This is where his athleticism *might* serve its greatest function, as it gives him the *possible* ability to get off a high volume of attempts without a drastically lower percentage of conversions. I include the qualifiers because I am not certain that a player of his limited handle can continue to shoot so well off the dribble, but his athleticism could be the key ingredient to make it sustainable.

Monk’s playmaking ability remains in question, but he does have a decent assist rate for a player who shares the backcourt with two pure point guards in Isaiah Briscoe and De’Aaron Fox. His pass button and vision do not appear to be broken, so it is feasible that he does develop into a solid playmaker at the NBA level.

If he can 1) create offense for himself and others in the half court 2) be a blur in transition and 3) be a dynamite floor spacer, that adds up to quite the offensive weapon. And given his fantastic athleticism there is some hope for him to develop a semblance of a slashing game.

The downside is that it cannot be taken for granted he will continue to make shots at an insane rate. In 2015 AAU he only shot 35% from 3 and 79% FT. His Kentucky sample is still extremely small, and even after a full season his NBA shooting will be difficult to predict. Buddy Hield just had a full NCAA season of elite volume shooting and is struggling to convert 3’s in the NBA. And with Monk’s defense and rebounding likely being bad, there is significant pressure on him becoming great offensively to justify a top 10 draft selection.

If Monk proves to be a good but not great shooter, then he is merely JR Smith, except shorter, worse at rebounding, and probably worse on defense. Not an ideal outcome.

Even if he is an elite shooter, there are no guarantees for his playmaking and creation abilities. It is possible that his off the dribble shooting thus far is a fluke, and will never be great because of his limited ball handling ability. He could be JJ Redick with more athleticism, less intelligence, and overall similar value.

My favorite comparison is Reggie Miller with less height and more athleticism. They both share elite shooting, terrible rebounding, and a knack for overall efficient offensive play. Reggie Miller was never a mega-star, but he was the best player on some good Pacers teams and a highly favorable outcome outside the top 3.

And Miller is not his absolute upside. There is some scenario where his shot improves at an outlier rate and he becomes almost as good of a shooter as Stephen Curry, with his athleticism compensating for his inferior skill level. This is an unlikely outcome, but there is some happy medium in between Miller and Curry that is attainable if things break right for Monk. 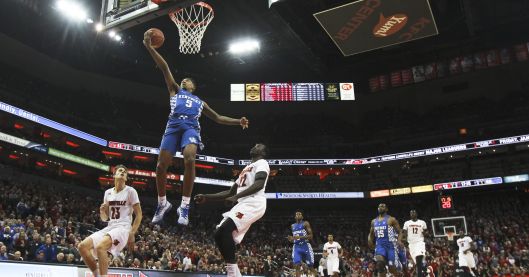 Monk is nowhere near guaranteed to become a star, and even if he does his upside is not quite boundless. His warts are real, and they cannot be ignored as they would be a deal breaker for lottery consideration for almost any other similar prospect. Thus I do not believe he belongs in the top 3 conversation with Fultz, Ball, and Jackson.

But if anybody is going to overcome those warts to attain greatness, it will be somebody with outlier strengths like Monk with his elite intersection of shooting volume, shooting efficiency, and athleticism. There is no precedent of a prospect with a superior combination of these traits, and they could synergize to create an upside tail that exceeds any reasonable projection.

Ultimately Malik Monk is a unique talent, and if he remotely sustains his early shooting performance, he will clearly deserve a top 10 selection and could rank as high as the #4 player in the draft. This is a rare case where the hype for a one dimensional athletic scorer may actually be justified.

11 thoughts on “Malik Monk Is On Permanent Fire”