I recently posted that Andrew Wiggins is a bust, and it received a couple bits of criticism that I would rate as fair:

I would like to follow up on these points as I agree with both, and prefer that the main points of my writeup do not get lost due to my manner of presentation.

Is Wiggins Really a Bust? 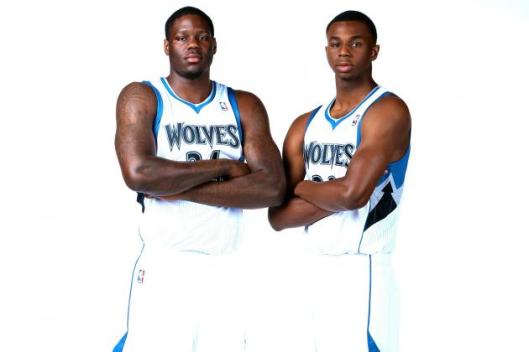 It depends on your definition of the word. The most common interpretation has been that a bust is a high pick who is worthless at the NBA level, and Andrew Wiggins scores 22 points per game at an acceptable efficiency. By that definition, I would agree that my label of him as a bust is harsh and inaccurate.

Most people cited Anthony Bennett as an example of a bust, as he was picked #1 and was truly awful. I would agree that Andrew Wiggins is an infinitely better NBA player, and I would never group the two in terms of overall badness. But there are a few key aspects that set the expectations of each player apart.

Bennett was not even expected to go top 5 overall in a weak draft. There was no consensus that he was a great prospect, he only happened to go #1 because of a unique combination of horrible decision making by Cleveland and a weak crop of other choices. In a regular draft he is a run of the mill mid-late 1st round flop.

Wiggins entered high school with expectations of being a generational prospect of LeBron’s caliber. Those expectations had been lowered a notch after a good but not great freshman season at Kansas, but he was still considered an acceptable prize for tanking. Further, he was taken over Joel Embiid who had clear hall of fame level upside in spite of injury flags.

The point of drafting #1 is to draft a superstar. The Cavaliers made a grave error in drafting Anthony Bennett, but they are only hurt by missing out on the best realistic alternative. The franchise does not suffer extra negative points for drafting the worst #1 pick of all time as opposed to a regular bust, as they can simply waive him and move on as the Cavs did.

To put this in perspective– would you rather start a franchise with Andrew Wiggins and Otto Porter, or just Joel Embiid? Even with a substantial risk that Embiid cannot stay healthy enough to make an impact, he is the clear choice as he has franchise changing upside that is not found in the other two players.

Andrew Wiggins is not a bust based on consensus interpretation of the word. But he is nevertheless on track to significant disappointment relative to expectations, and may be a more costly mistake than taking Bennett #1 overall, even though Bennett was the much more obviously wrong choice both at the time and in retrospect.

Advanced Statistics vs The Eye Test

The other issue with Wiggins is that in spite of lackluster advanced stats, the facts remain: he is 21 years old, averaging 22 pts/game, and is 6’8″ and can jump through the roof. In spite of whatever shortcomings he has with BPM or RPM, it is too soon to write him off altogether. I agree with this, as similar players Rudy Gay and DeMar DeRozan have taken big leaps after flawed outputs early in their career to become useful NBA players.

But Rudy Gay and DeMar DeRozan are still not big time positive impact players, as their strengths are still outweighed by the weaknesses that plagued them early in their careers.

On the other hand, the players who became true stars showed clear signs of stardom but their 3rd year. Entering draft night, expectations for Wiggins had been lowered from the next LeBron or Durant to the next Paul George or Kawhi Leonard. But Kawhi won finals MVP in his third season and Paul George led the Pacers within one win of the finals. Andrew Wiggins is by most statistical indications still a below average player early in his third year.

Advanced statistics are not precise measures of truth, but they are signs that point in the direction of the truth. And in this case, they highlight the key flaws that separate Wiggins from genuine stars.

The hype of being an elite prospect never jived with my eye test. There were too many things wrong with Wiggins. Yes, he is 6’8″ and super athletic with a decent enough skill set. But he was visually grating in a number of ways that made him feel unlikely to be a true stud.

First, he has a choppy lack of smoothness to his game. I posted about how he struggled to finish at the rim in college, which stood out as a surprising flaw for a player with his athleticism. Even if he has improved, he remains an average shot maker which has prevented him from complementing his shot creation skills with high efficiency.

He also does not see the floor that well. His vision is not awful, but it is limited enough to prevent him from consistently creating for others, racking up steals, or making a defensive impact commensurate to his physical gifts.

His third problem is the most difficult to pinpoint, but something seems to be lacking in his intangibles. He lacks some combination of motor, competitiveness, toughness, and work ethic that clearly affects his play.

But You Cannot Quantify Intangibles!

True, but there are subtle quantitative hints at intangibles. A few things stood out about Wiggins pre-draft:

Now that he is in the NBA:

The caveat is that none of this directly proves that he has bad intangibles. But taken in tandem, it strongly implies that there is some negative force consistently bogging down his production. The bottom line is that he was lauded as the next LeBron at age 18, and at age 21 he is arguably no more valuable than a replacement player– how can there not be something seriously wrong with him to fall THAT short of expectations at every level?

Does any of this prove that he will not be a good NBA player?

No, of course not. He is a decent volume scorer and has a slightly above average PER, as his elite athleticism immensely helps him create offense. And it enables him to be physically capable of defending a star player such as James Harden when he is engaged on defense, and he is still only 21.

Even though he has not taken a leap yet, there is no proof that there will be no future leap for him. After all he can be rather useful with some minor improvements. Uptick his shooting percentages, trim his TOVs a bit, and progress his defense toward average and he is now a useful NBA player.

It is not difficult to envision these progressions, which is a major reason why it was harsh calling him a bust. He is already not terrible and he has a clear path to becoming an average starter. Even if his work ethic is lacking, he does not need to improve THAT much to achieve decency.

That said, there is a huge gap between being a useful but flawed player such as DeRozan and a top 15 star, and it already requires a decent amount of optimism to project Wiggins to DeRozan status. If we want to turn the optimism up further, we could compare him to Joe Johnson, who also struggled in his first 3 years and never rebounded well. But to reach top 15 status Wiggins has to blaze his own trail and become the example of a player who overcomes major early statistical warts to achieve greatness. Given his outlier athleticism, it is fair to assign a non-zero chance of this happening. But is it really that much higher than zero?

We are talking about a player who has fallen well short of expectations at every level since entering prospect radar. We are talking about a guy who cannot outrebound much smaller players who can barely jump half as high. Is he really the guy that you want to bet on to suddenly turn it around and become the outlier of exceeding expectations? Perhaps it is possible, but I am definitely not betting on it.

One problem is that people often equate athleticism with upside. Yes, they are correlated but it is not a 100% correlation. Not many people believed that Nikola Jokic had a great upside pre-draft because he was so slow and unathletic, but now it appears that he does have upside based on his size, skill level, and outlier good instincts. Thus he slid to round 2, and at this juncture he is drastically more likely to become a top 15 player than Wiggins.

And this is for good reason– it is easy to perceive athleticism, and it is clearly an important trait toward becoming a valuable NBA player. It is difficult to quantify and perceive subtle qualities such as instincts and intangibles, so those are often undervalued and players such as Draymond Green, Paul Millsap, Nikola Jokic, and many others slide all the way to the second round.

This was the point of the statistical comparison in my initial post. Poor BPM and RPM do not prove that Wiggins is a replacement player or worse, or that he cannot improve to quality player. But the players who became great had multiple clear statistical signals showing that they were on the path to greatness. It is time to start seriously worrying about Wiggins lack of these signals, especially when they align with qualitative fears that were evident before he played an NBA game. 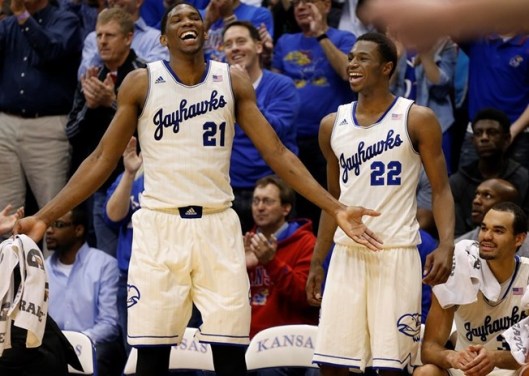 I do not believe that Wiggins is a bust in the traditional sense of the word, and I do regret putting that in the title as it does not precisely describe what I meant by it.

But I do believe that he is extremely unlikely to become a star, and that it was clearly a major error to draft him ahead of a generational talent such as Joel Embiid, even with Embiid carrying significant injury risk. Anthony Bennett was a bigger bust than Wiggins, but Wiggins may prove to be a more costly pick (in a theoretical world where the Cavs did not trade him). Embiid has already shown many more quantifiable signs of greatness in 15 NBA games than Wiggins has in 187. He is an outlier at stuffing the stat sheet, and he passes the eye test in a way that Wiggins does not with better instincts, greater non-scoring impact, and a million times more smoothness and coordination.

I also believe Aaron Gordon is clearly superior. Even if he is off to a rough start in his third season, it cannot be overlooked that he was much better in nearly three times as many minutes last year. His overall statistical profile is clearly much better than Wiggins, and his physical tools are not far behind, if at all.

I may be wrong about this, but I would still rather gamble on Marcus Smart than Wiggins. Smart has failed to develop into an offensively competent player, which is particularly harmful for a 6’4″ guard. But he is so good defensively that if he ever makes a mini-leap in his offensive efficiency, he has such an easy path to usefulness.

I controversially ranked Clint Capela ahead of Wiggins, and I stand by that ranking. Capela is a freak athlete in his own rite, and he at least has some statistical signals of goodness thus far.

26 thoughts on “An Objective Assessment of Andrew Wiggins”