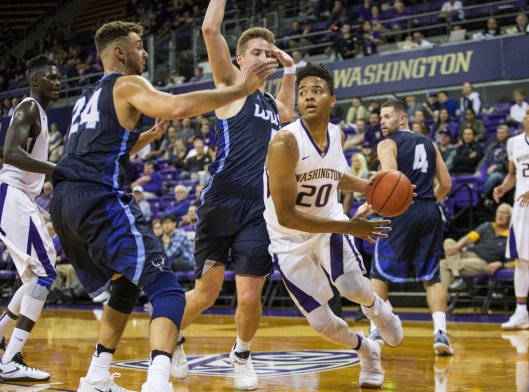 Markelle Fultz seems to be losing traction as the clear cut #1 overall pick due to a lack of team success, as his Washington Huskies have struggled badly. Let take a look at some stats to analyze the veracity of the narrative that Markelle Fultz is a loser.

Let’s start at looking at the simple O-Rtg, D-Rtg, and kenpom rank during Lorenzo Romar’s tenure at Washington. 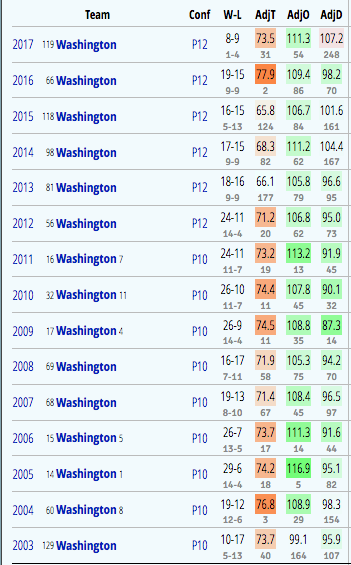 First you can see that this is his worst team since his first season as Huskies’ coach in 2003, and for a major conference team with an allegedly transcendent prospect that is definitely bad.

You can also see that the culprit is largely bad defense, as the #248 rank (out of 351) is far worse than the 2nd poorest at #167. There are a number of factors that go into this, and the worst conclusion that can be made is that Fultz gives a Harden-esque effort in spite of good rebound, steal, and block numbers. It is plausible that he does, but great point guards make their biggest impact on offense which deserves the most attention.

You can see his best offenses were LOADED with NBA talent, and often had quality role players who were a notch below NBA caliber. It is somewhat amazing that Washington never peaked higher with all of the talent that passed through over this stretch (especially with 4 years of Roy and 3 years of Thomas), but it goes to show that Lorenzo Romar is the king of doing less with more. 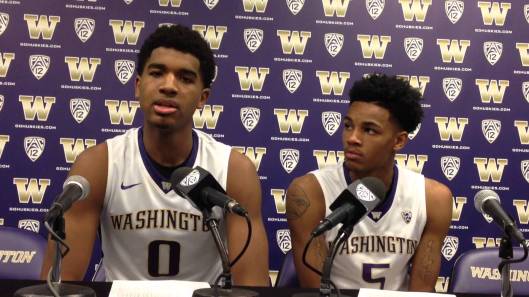 It is well known that the Huskies lost Marquese Chriss and Dejounte Murray to the NBA draft, but graduating senior Andrew Andrews was by far the team’s best player statistically, especially on offense. Collectively these three carried the load offensively, and were likely the top 3 players on the team overall.

The other five players in the chart all returned, not that this is particularly good news. The only returner who is probably useful is Matisse Thybulle. Malik Dime had a strong total BPM, but that is largely derived from his gaudy block rate which is heavily overrated by BPM at the NCAA level. Suffice it to say that Fultz stepped into a rough situation.

Fultz was tasked with replacing both Andrews and Murray’s production offensively. He was given Washington’s 5 weakest players from last year’s team, plus two incoming freshmen who were lowly 3* recruits in Sam Timmons and Carlos Johnson. Let’s see how BPM rates this year’s team:

Timmons and Johnson have been so bad that their badness exceeds Chriss and Murray’s goodness. If there was a draft for bad high-major rotation players, they would both be lottery picks. One may argue that a good PG should make bad players presentable, but they have respectable eFG% at 53% and 52% respectively. BPM dislikes them for poor passing, frequent turnovers, and poor defense, which are all beyond Fultz’s control.

But in spite replacing the 22 year old star Andrews at age 18, and in spite of two NBA 1st round picks being replaced with low major caliber talent, the offense has still gotten BETTER under the guidance of Fultz, leaping from #86 to #54 in national rank

If anything we should be impressed with Fultz keeping this sinking ship afloat on the side of the floor that point guards are meant to impact. He walked into the perfect storm of horrible coaching and horrible teammates, and even Lonzo Ball would struggle to win in this environment.

The Real Loser of the Lottery 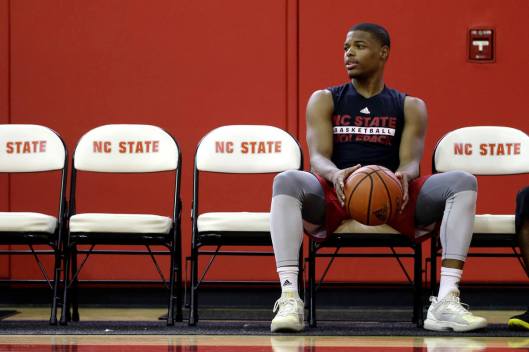 Dan Hanner does a fantastic job modeling the NCAA for SI.com based on player statistics, recruiting ratings, and coach data. His ratings provide a reasonable baseline for expectations, and because point guards have such significant offensive impact, let’s see how the top point guards’ team offenses are faring in comparison to his projections:

UCLA dropkicking expectations is hardly a shock with both Ball and Leaf being great. Kentucky performing well is also not a surprise with both Monk and Fox playing well. Washington is surprisingly performing ABOVE expectation offensively in spite of everyone and everything outside of Fultz being awful.

But the lead guard whose team is completely failing to live up to expectations is Dennis Smith Jr. Hanner highlighted NC State as a sleeper based on myriad of quality talent surrounding Smith, including multiple good shooters and an underrated offensive coach. Omer Yurtseven busting does not help, but the model did not rate him of integral importance to NC State’s offense. He was projected to rank just 5th in both minutes played and O-Rtg.

The more important point is that Smith was a highly rated PG surrounded by great shooting and multiple talented role players. Everybody outside of Yurtseven has been fine, and it’s clear that the lion’s share of the blame goes to the guy who always has the ball in his hands.

As of now NC State has the worst ranked offense in Mark Gottfried’s 6 years as head coach at #44. Over the prior 5 years, he has had 2 NBA draft picks: Lorenzo Brown and TJ Warren. Brown and Warren combined for the #10 offense in their season together. Since Warren’s departure, NC State’s best players have been Trevor Lacey and Cat Barber who both declared for the draft as juniors and went undrafted, yet were enough to muster the #25 and #33 offenses as lead guards.

The problem is that Smith’s poor decision making and questionable passing accuracy have led to a much higher than usual turnover rate. And for good measure, they also have the worst defense under Gottfried’s tenure. This is why Dennis Smith will never be as good as Ball or Fultz– he is a talented player, but his impact on his team’s success will always trail his individual statistics. 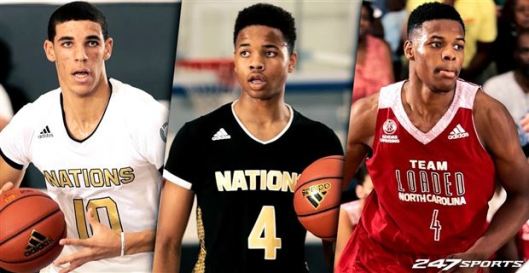 Washington is an overall worse team than NC State, but Fultz is playing with much worse teammates for a much worse coach. Point guards should be able to make a positive impact on their team’s offense, and in that regard Fultz is succeeding and Dennis Smith Jr. stands out as a loser.

In fairness, I somewhat glazed over Washington’s defensive woes in this writeup. Fultz does have an impact on D, and he likely is worse on that end than his gaudy steal, rebound, and block rates imply. But even if he is as bad on Harden on D, does it really matter if he is as good as Harden on offense? Smith has even greater defensive concerns as his lack of reach makes him a liability on switches, and he doesn’t sniff the offensive upside of the other point guards in the draft.

Lonzo Ball is a winner, Malik Monk and De’Aaron Fox are likely winners, and Markelle Fultz could be a big time winner once placed in the correct environment. If NBA teams are worried about drafting a loser to lead their offense, they should steer clear of Dennis Smith Jr. and select literally any other lottery freshman instead.

3 thoughts on “Is Markelle Fultz a Loser?”